From The Archives Of Something Blue December 5, 2021 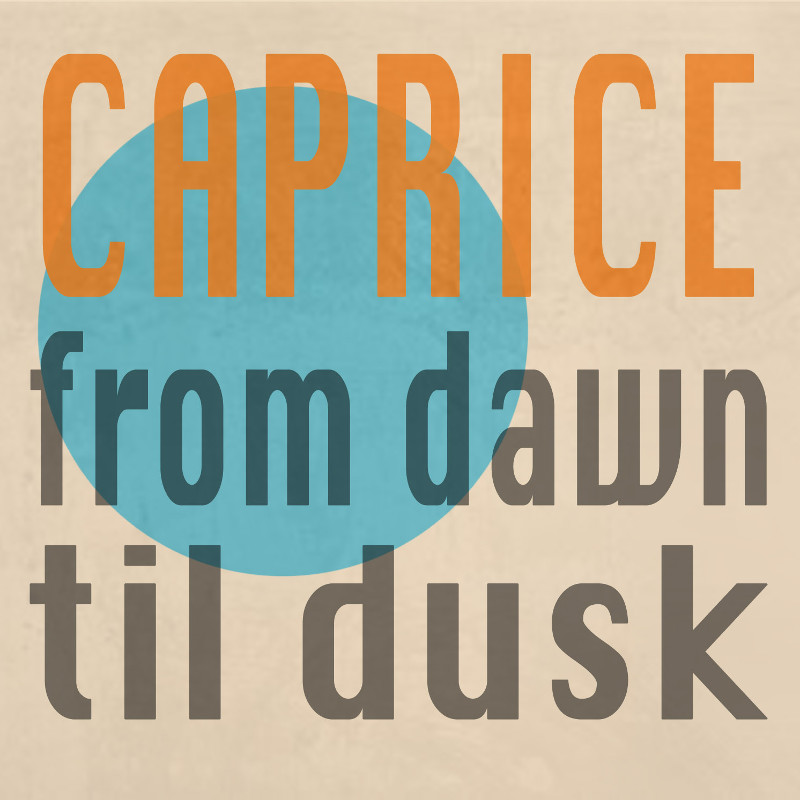 From The Archives Of Something Blue December 5, 2021

Thanks Marty, today I’m going to play an original blues that was named for me!

Caprice was a great jazz band made up of musicians who were also students in the ASU jazz program. Tim Moore, Brandon Moore, and Matt Bounds came to ASU from Southern Missouri. Alex Ditto and Addison Boling are both from Arkansas. When they got together to play and write jazz I knew something special was happening and I did my best to record their recitals and other live performances. So when they asked if I would record an album for them at HairyLarryLand I looked forward to the opportunity.

The band was very disciplined and came to every session prepared. This kept the sessions short and post production under control. It’s still a lot of work recording an entire album and I was determined that all of the musicians involved would be happy with their performances and with the band sound.

They played all originals written by Tim Moore and Brandon Moore. The songs speak for themselves and have been played often on Something Blue and Arkansas Roots. To show his appreciation to me for helping the band, Brandon wrote “Blues For Larry”. So that’s how I ended up with a jazz song with my name in the title that was actually written for me.

So now, here’s Caprice playing “Blues For Larry” from their album “From Dawn Til Dusk”.

This is Hairy Larry inviting you to enjoy Something Blue every Saturday night at ten. This week we’re featuring BlueStar Radiation and the John Kadlecik Band. For more about the show visit the Something Blue website at sbblues.com. 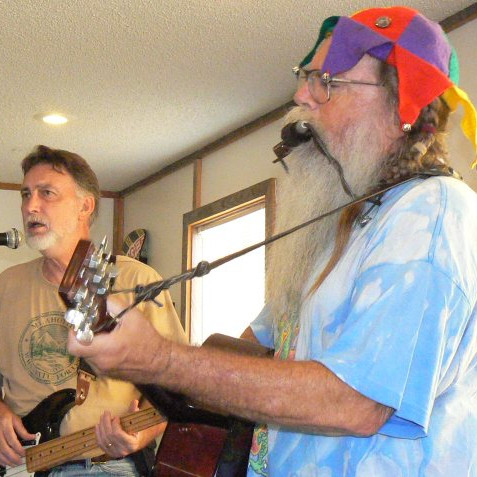 Thanks Marty, today we’re going to hear an acoustic version of a Bob Dylan song.

I performed with George Hinds in Hairy Larry and George for years and then later we added some other musicians and became The Swing Band Project. As a duo we had a full band sound with guitar, bass, harmonica, harmony vocals, and foot stomping. We played everything, blues, rock, jazz, folk, with a lot of songs from the sixties and quite a few Dylan numbers.

On July 1, 2011, we were booked at Bella’z right here in Jonesboro and we were back down to the core duo. I guess the rest of The Swing Band Project was busy that night.

This didn’t discourage us at all, in fact it was kind of nice to do a back to our roots show, so, of course, I started with a Dylan song. That went well and one good Dylan song deserves another and before you know it I dug out my book and we did a whole show of all Dylan.

Some of these songs we had played many times as Hairy Larry and George and with The Swing Band Project. Many of the songs we had never played before and never since although I don’t know why as good as they came out.

George and I had both heard “Mr. Tambourine Man” as played by The Byrds and by Bob Dylan. But we had never played the song together before. I think you will hear influences from both Dylan and The Byrds in our arrangement. George nailed the harmony. The harp is dead on. The song remains one of my favorites from one of my favorite shows, Hairy Larry Does Dylan.

The whole concert is available on the Live Music Archive. Visit the Something Blue website at sbblues.com for the link.

This is Hairy Larry inviting you to enjoy Something Blue every Saturday night at ten. This week we’re featuring Johannes Wallman, Alex Hitchcock, and Francesco Ciniglio. For more about the show visit the Something Blue website at sbblues.com.

From The Archives Of Something Blue November 21, 2021 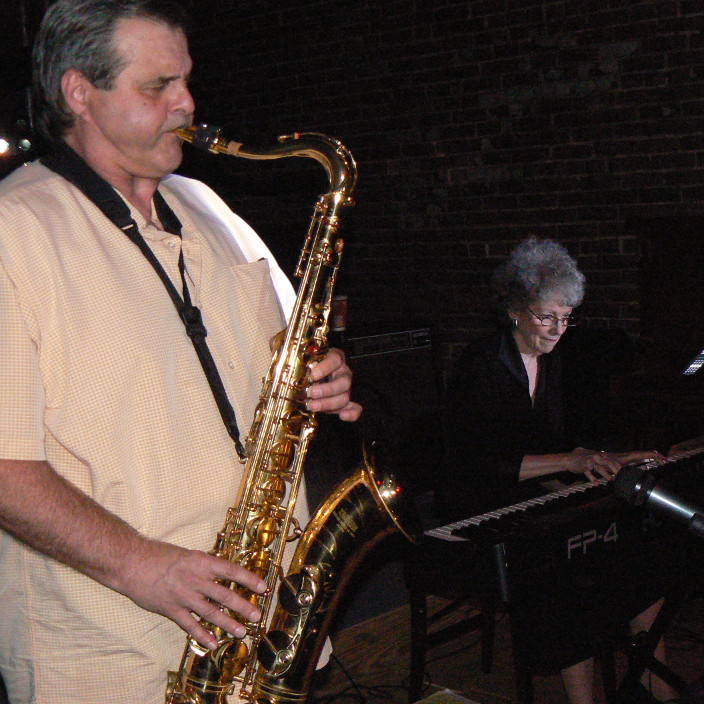 Thanks Marty. Today we’re going to hear one of the most popular jazz songs of all time played at KASU Jazz Thursday.

I worked with Mike Overall, Tom Mason, Joy Sanford, and Craig Baker on the Joe Lee “Boppin At The Forest” album. They also play in Giant Steps, a Jonesboro area jazz band. They usually add a sax and Craig Baker couldn’t have done better than calling on Michael McGowan. Craig knew McGowan since the eighties when they both played in the Jonesboro Jazz Society Big Band.

These musicians are all good friends of mine from Blues Fest to the Delta Jazz Workshop. I even got to play bass with Giant Steps one night in downtown Jonesboro when Tom Mason couldn’t make it.

So of course, I booked them into KASU Jazz Thursday and of course, they played a great show. We presented them on May 23, 2013, at TheArts@311. 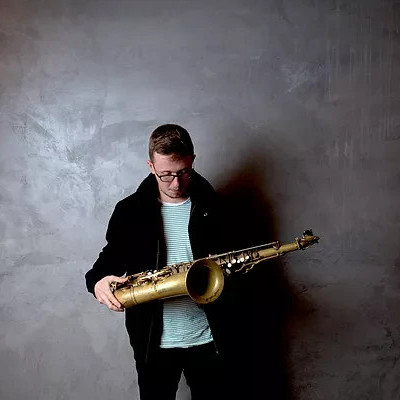 This is Hairy Larry inviting you to enjoy Something Blue every Saturday night at ten. This week we’re featuring Delta Legends, Los Lobos, and Tab Benoit. For more about the show visit the Something Blue website at sbblues.com.

From The Archives Of Something Blue November 14, 2021 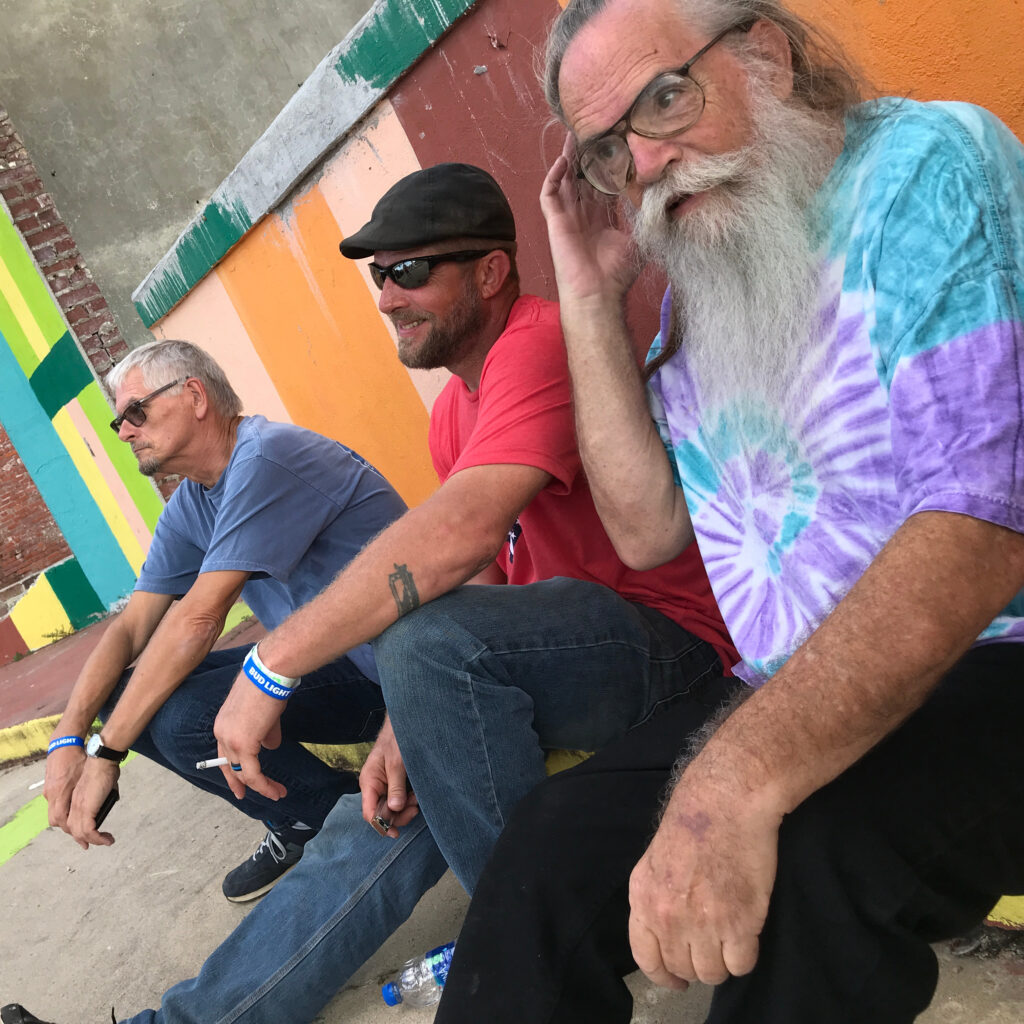 Thanks Marty, today we’ve got some Arkansas blues recorded at the King Biscuit Blues Festival in Helena Arkansas.

Rhode Island Red and Pinky Lee are not from Arkansas. But they do play in Arkansas every year. The Delta Legends are John Shepherd, Jeremy Burnett, and myself. We all live in Arkansas. And there’s one more tie to Arkansas. The song we’re playing is by Washboard Sam who was from Walnut Ridge, Arkansas.

This is Hairy Larry inviting you to enjoy Something Blue every Saturday night at ten. This week we’re featuring DLO3, Johannes Wallmann, and The EJT. For more about the show visit the Something Blue website at sbblues.com.

DLO3 – I Told You So
delvonlamarrorgantrio.com/

From The Archives Of Something Blue November 7, 2021 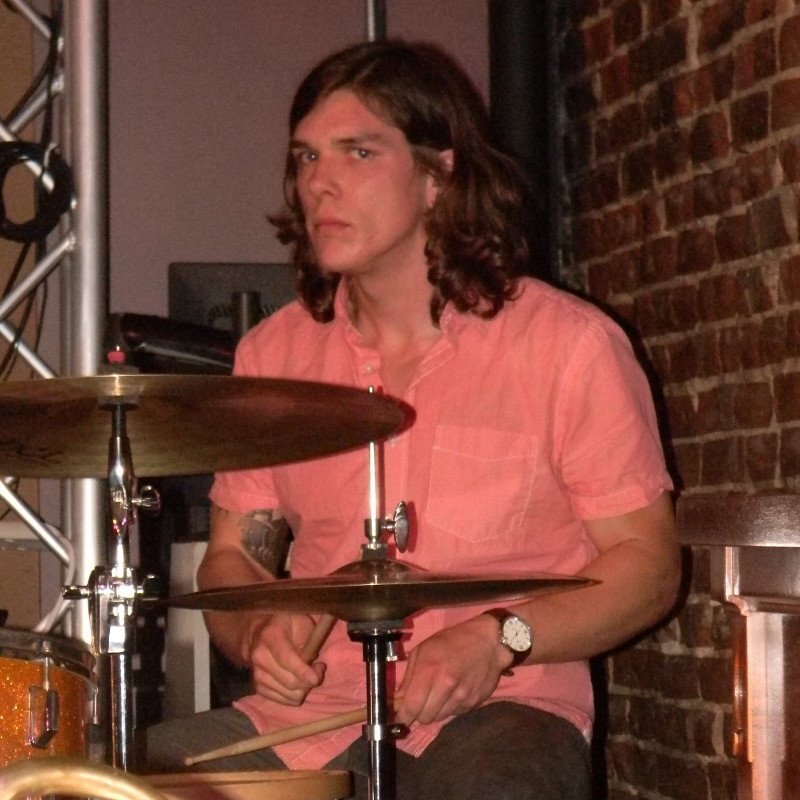 From The Archives Of Something Blue November 7, 2021

Thanks Marty, today we’re going to hear just what ASU jazz students can do at Jazz Thursday.

Tim Moore played trumpet and piano at ASU before he migrated south to North Texas State. While at ASU he was bandleader for Caprice coproducing their fantastic album, “From Dawn Til Dusk”.

He stayed in touch after he left Jonesboro and I was able to book him for a few dates at KASU Jazz Thursday. On May 15, 2014, he organized a group of ASU students to play with him and it was a great show. Tim was on piano and he filled out the rhythm section with Caprice alumni; Alex Ditto, guitar; Matt Bounds, bass; and Addison Boling on drums. Then he added a full horn section with Clinton Curtis on alto, Cody Ballard, tenor; Kevin Tinker and Matt Penny, trumpet; and Seth Wortham, trombone.

Needless to say with that full rhythm section and five horns there was a lot of sound going down.

So now, recorded on May 15, 2014, at Jazz Thursday here’s Tim Moore and his band playing the Everette Harp song, “Funky Palisades”.
END_OF_DOCUMENT_TOKEN_TO_BE_REPLACED

This is Hairy Larry inviting you to enjoy Something Blue every Saturday night at ten. This week we’re featuring Ambrose Akinmusire, Dylan Hughes, and Hairy Larry. For more about the show visit the Something Blue website at sbblues.com.

Ambrose Akinmusire, On The Tender Spot Of Every Calloused Moment
www.ambroseakinmusire.com/