From The Archives Of Something Blue October 10, 2021

Thanks Marty, today we’re going to hear a song I wrote recorded at the HairyLarryLand studio.

It was October 20, 2014, and the Count Basie Big Band was scheduled to perform at The Fowler. Of course Count Basie died in 1984 but his band lives on entertaining audiences with the original Count Basie sound still playing the same arrangements that everyone danced to in the not so distant past.

I was there early and I had an hour to kill so, of course, I hit the practice rooms. And in that hour I wrote a song, a sixteen bar blues I called “Waitin’ For Basie”. And then I went and enjoyed the show along with a sizable audience some of whom had actually heard Count Basie play these same songs.

In November I scheduled a session at HairyLarryLand and we recorded “Waitin’ For Basie” and three other songs. Playing on the session were Carl Holden – guitar, Matt Bounds – bass, Brian “Stickman” Hickman – drums, and I’m on piano.

Arkansas Roots listeners have heard Matt Bounds play bass many times because he was the bass player on the Caprice album.

We had a blast playing these songs and I was pleased with the recordings. The whole session is available on the Live Music Archive, I’ll include a link at the Something Blue website, sbblues.com.

And that’s “Waitin’ For Basie” recorded at HairyLarryLand on November 9, 2014. Don’t miss Something Blue Saturday night at 10:00 to hear JGB and CBDB. 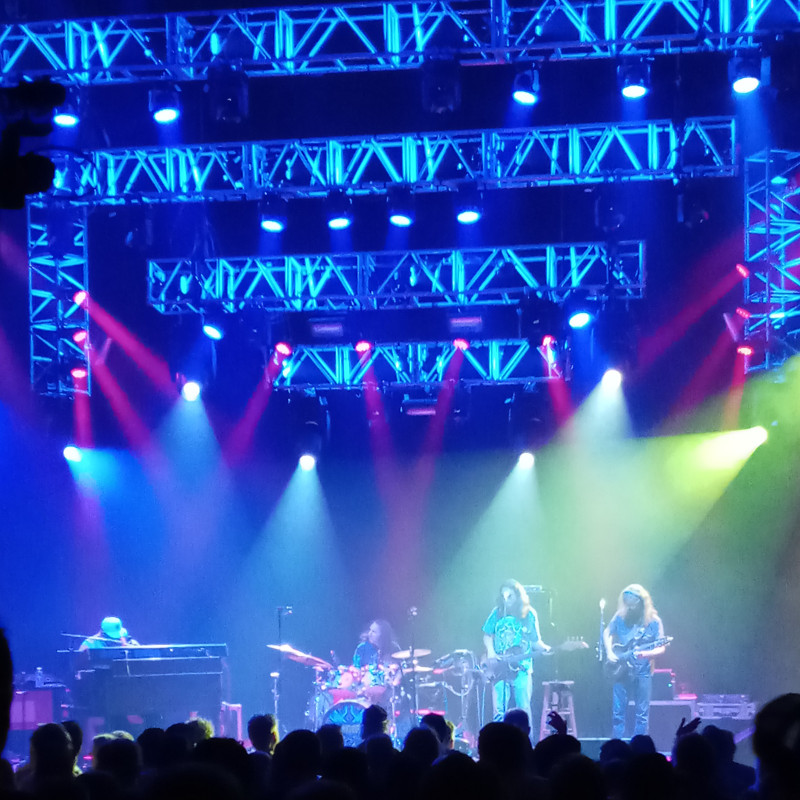