Thanks Marty, today we’re going to hear an acoustic version of a Bob Dylan song.

I performed with George Hinds in Hairy Larry and George for years and then later we added some other musicians and became The Swing Band Project. As a duo we had a full band sound with guitar, bass, harmonica, harmony vocals, and foot stomping. We played everything, blues, rock, jazz, folk, with a lot of songs from the sixties and quite a few Dylan numbers.

On July 1, 2011, we were booked at Bella’z right here in Jonesboro and we were back down to the core duo. I guess the rest of The Swing Band Project was busy that night.

This didn’t discourage us at all, in fact it was kind of nice to do a back to our roots show, so, of course, I started with a Dylan song. That went well and one good Dylan song deserves another and before you know it I dug out my book and we did a whole show of all Dylan.

Some of these songs we had played many times as Hairy Larry and George and with The Swing Band Project. Many of the songs we had never played before and never since although I don’t know why as good as they came out.

George and I had both heard “Mr. Tambourine Man” as played by The Byrds and by Bob Dylan. But we had never played the song together before. I think you will hear influences from both Dylan and The Byrds in our arrangement. George nailed the harmony. The harp is dead on. The song remains one of my favorites from one of my favorite shows, Hairy Larry Does Dylan.

The whole concert is available on the Live Music Archive. Visit the Something Blue website at sbblues.com for the link.

And that’s Hairy Larry and George singing the Dylan song, “Mr. Tambourine Man”. I told Vivian that if we had played it any better it would have been worse. Sonny Burgess said, “You don’t want to practice too much, you lose that raw feel.” So we didn’t practice at all. Don’t miss Something Blue, Saturday night at 10:00 to hear John Kadlecik and BlueStar Radiation. 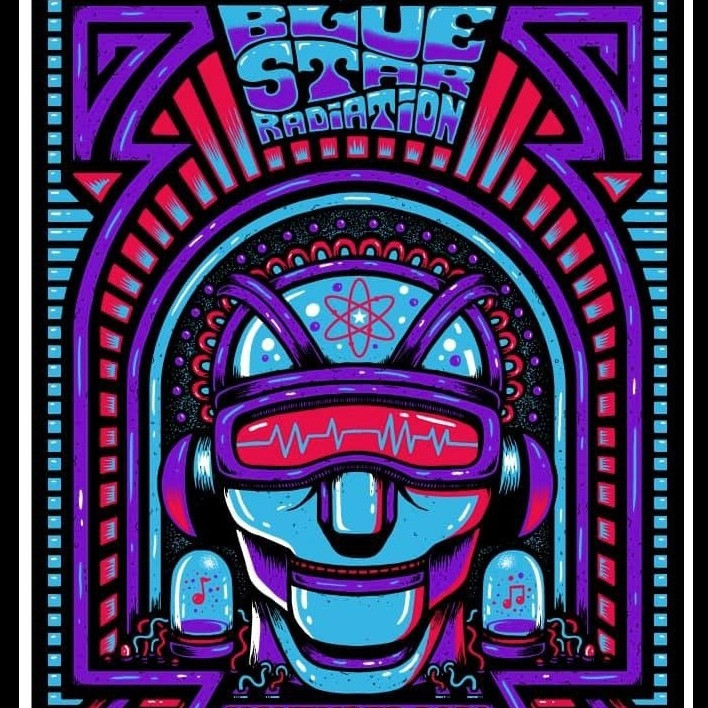