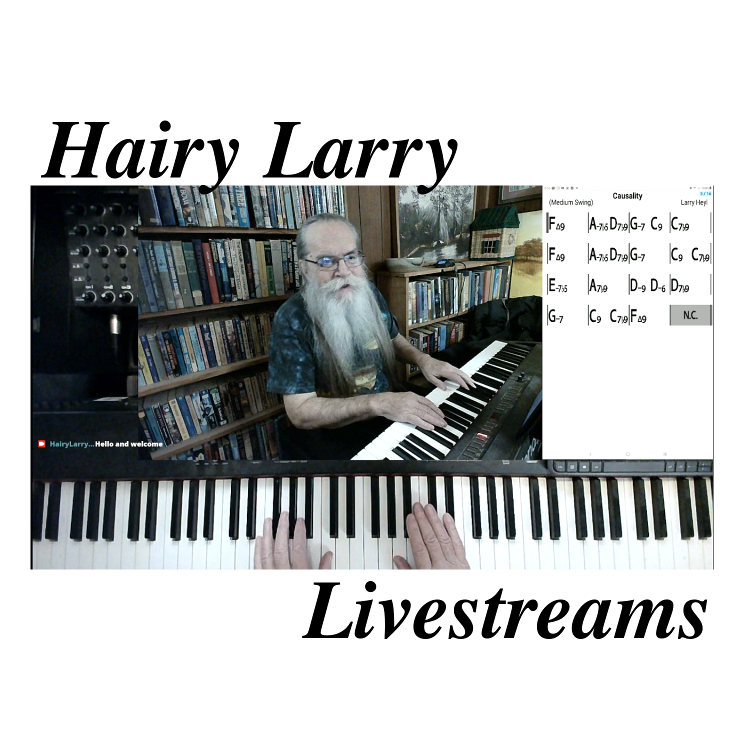 Thanks Marty, today we’re going to hear a brand new entry to the archives of Something Blue.

A little bit over a year ago I started livestreaming on twitch. I called my channel Hairy Larry Practicing Piano. The first song I wrote for my stream was “Crates”, track one on the new album.

I started off playing for two hours three times a week but since then I’ve got that a little bit more under control with shorter performances. Recently I’ve even skipped a few days because of the heat. My approximate schedule is Sundays, Tuesdays, and Thursdays at 2:00 PM.

I have also been working with other musicians lately, once we even got Bebop Beatniks on the Twitch Porch. So instead of adding these performances to my schedule I let them replace a performance. Besides the setup time and the time spent playing the music there’s also a lot of time that goes into video and audio post production and then uploading and promoting the songs.

The songs are mostly instrumental but I scat sing on two of them and then, “Freddy’s Blues”, has lyrics and I also sing some instrumental solos as played by Freddy and the trombonist.

All of the songs were recorded at the HairyLarryLand Twitch Studio except “Low Earth Orbit” which was streamed from Beatle’s Park in Walnut Ridge, Arkansas.

I am including some links on the Something Blue website including a link to the album on archive.org and links to my Twitch stream and Youtube channel. When you visit my Youtube channel please subscribe, I’m trying to get over 1000 subscribers.

Ok now, here I am scat singing a song I wrote called “The Blue Crane”. 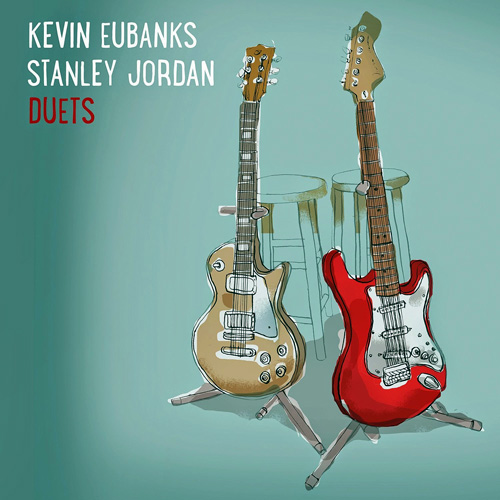