From The Archives Of Something Blue February 20, 2022

Thanks Marty, today we’re hearing an original song recorded at the HairyLarryLand Studio.

Starting as a duo and then a trio Bebop Beatniks kept adding musicians until it became a sextet. When we recorded our album, “Leaves” resident Beatniks were Tyler Remagen, sax and flute; Sid Davis, trumpet; Emily Lindley, vibes; Alex Washam, drums; Paul Nunis, bass and vocals; and Hairy Larry, piano and vocals. Every one of us lives in Northeast Arkansas and we were all students in the ASU jazz program except for Paul, who is on the faculty.

The album includes one standard, a song by Sid Davis, a song by Paul Nunis, and three songs that I wrote. Today we’ll hear one of mine that I titled “In The Zone”.

We also played “In The Zone” at the Delta Jazz Workshop and after we finished I asked if anyone figured out where I got the title. The closest I got was Auto Zone. Actually, I called it “In The Zone” because of the da da da da, da da da da riff that I lifted from The Twilight Zone.

Bebop Beatniks has always been a live band so this was our first studio recording. I set up close mics and multitracked the recording but we still played the pieces just like we do live. A technique I call live in the studio. It’s hard for a performing band like Bebop Beatniks to do overdubs and still retain their cohesive sound. If you’re a band that performs live you will get your best sound playing live in the studio.

Ok now, here’s Bebop Beatniks playing my song, “In The Zone”, from our album, “Leaves” recorded in 2018 at HairyLarryLand.

And that was “In The Zone” from the Bebop Beatniks “Leaves” album. Don’t forget Something Blue, Saturday night at 10:00, to hear more Bebop Beatniks as well as music from Steps Ahead, Karl Berger, and Dave Holland. 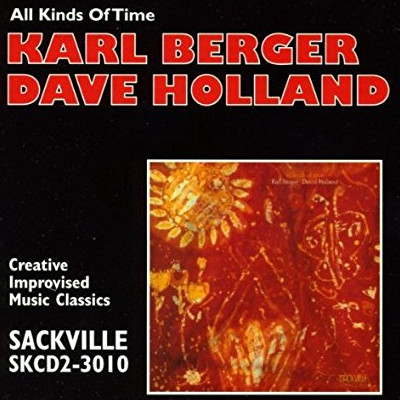