From The Archives Of Something Blue March 6, 2022 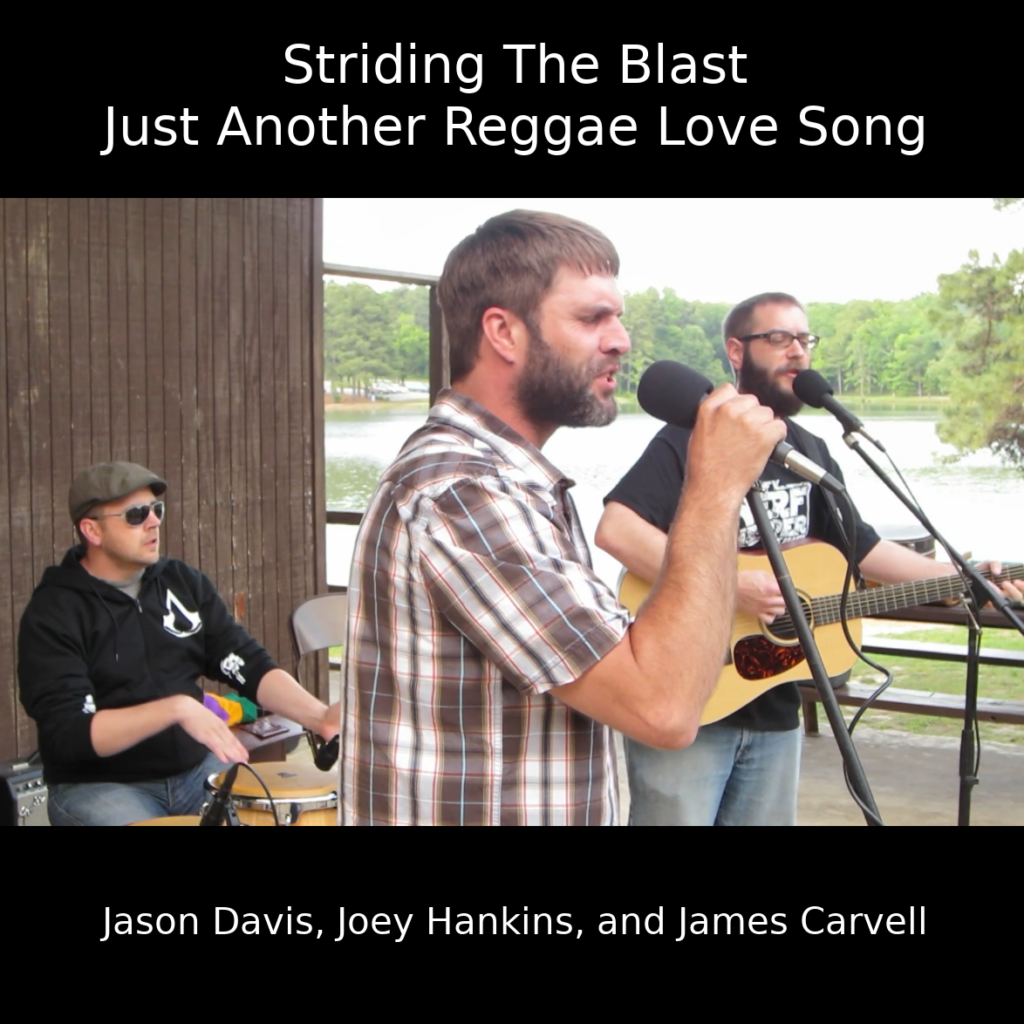 From The Archives Of Something Blue March 6, 2022

Thanks Marty, today we’re going to hear a reggae song recorded at the Craighead Forest Bandshell.

As we have been hearing on From The Archives Of Something Blue I tried to record every act playing at the bandshell. In 2014 I added video recording taping one or two original songs with a single hand held camera for several acts. This ended up working out well even though it was a little tricky during the filming because there was no B roll to cover up mistakes.

On May 18, 2014, I made a video of Striding The Blast playing James Carvell’s composition, “Just Another Reggae Love Song”. Playing on the piece are James Carvell – guitar and vocals, Joey Hankins – vocals, and Jason Davis – percussion.

I asked James about the song and he said, “I started writing the song several years ago at about 2:00 in the morning after leaving an acoustic reggae show in Springfield, Missouri. I had such a good time at that show that I decided to write my own reggae song. I’ve always been a fan of the genre, but had never attempted to write my own song in the style. Over the next couple of days it evolved into a reggae love song. To be honest, it started out as a fun, joke song, but it turned out to be one of my favorite songs that I have written. It’s always fun to perform live.”

Since this is radio I can’t play the video for you so if you want to watch go to the Something Blue website at sbblues.com where I will post a link.

Ok now, recorded at the Craighead Forest Bandshell on May 18, 2014 here’s Striding The Blast singing “Just Another Reggae Love Song”.

And that’s Striding The Blast singing a James Carvell composition, “Just Another Reggae Love Song”. Don’t miss Something Blue, Saturday night at 10:00, to hear more reggae and some blues rock from The Verve Pipe and Joe Marcinek. 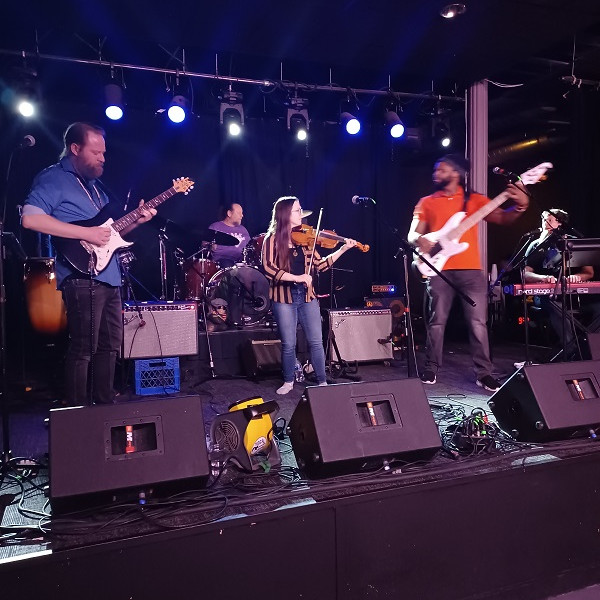